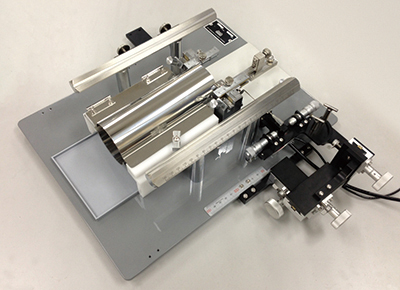 The subject is put in the cylindrical applicator type restraint chamber made of the stainless steel. A head of the subject is fixed with special metal fittings, so that only eyes, forelegs and a mouth can be freely moved.
A horizontally moving constant torque lever with integrated water spout at the tip is placed in front of subject. This type of lever is called as spout lever. Using foreleg subject can operated the spout lever by push or pull. Encoder present in the spout lever outputs lever movement.
Spout lever movement range can be divided into GOAL/FORWARD/BACKWARD areas. During trial, based on the position of spout lever, decision can be made for correctness and liquid reward dispensed thorough the water spout present at the tip of lever. Various types of stimuli like sound stimuli/ visual stimuli/ odor stimuli/ intracranial photo stimulation can be presented. All the presented stimuli are program controllable. Varieties of schedules are available by software. Cables and speakers of this system are electromagnetically-shielded. This enables this system to be used with physiological recording system. 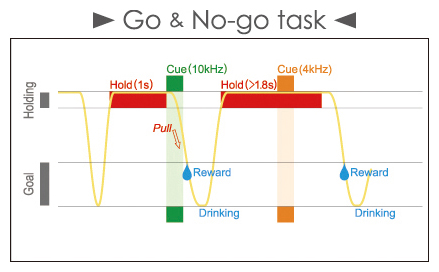 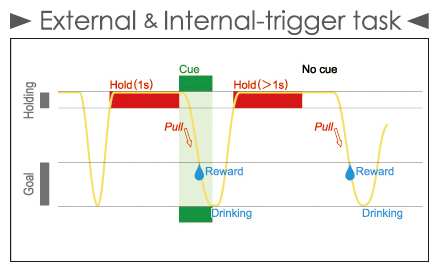 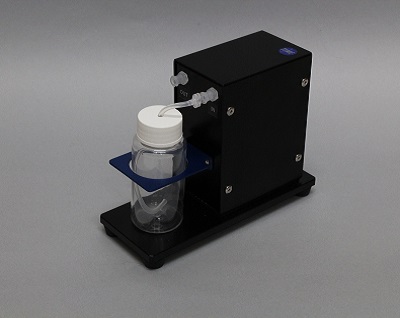 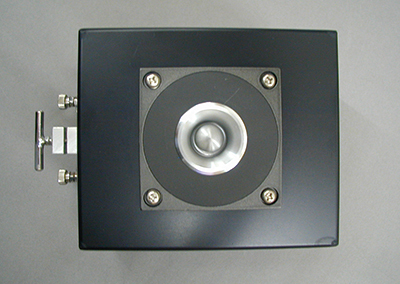 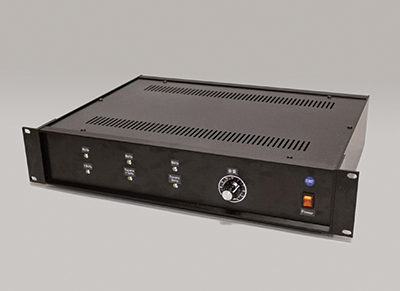 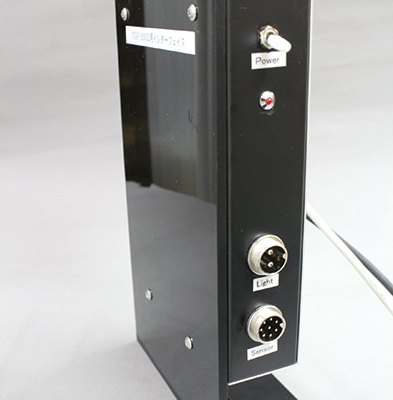 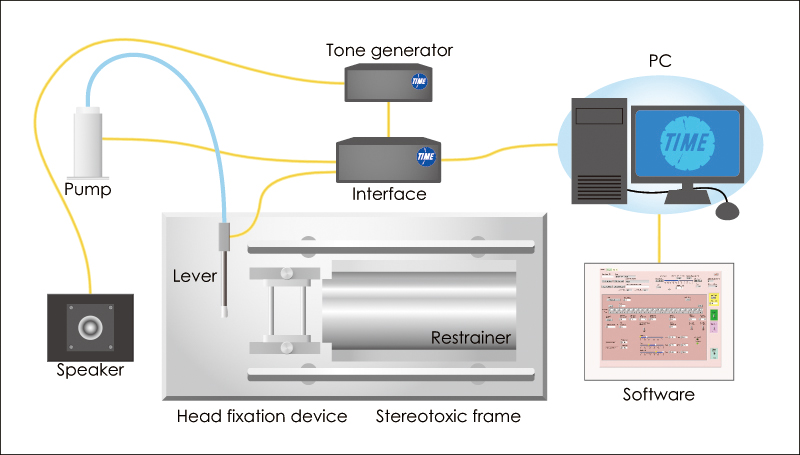